Darian attended the play ‘Hello Paige’ at the esplanade with his teachers and friends. He was totally excited about it. He actually thought that he was going to the cinema for a movie with his friends. Haha… According to his teacher, the play was very interactive and interesting. Darian participated well in the activities during the play and enjoyed himself. I think this is a great experience and eye opener for him as well. It is very good that the school organised such a fieldtrip for the kids. 🙂

Lil’Darian all ready for school! 🙂

Darian went for the school fieldtrip to the Changi Airport with his teachers and classmates. It was his first experience and he was totally enthusiastic about it. I was actually a little skeptical about him participating in this fieldtrip although he was very keen. I wondered if he can follow instructions, not run around, walk together with his teachers and friends. I was worried. After much consideration, I agreed it is a good experience for him to learn to be independent, follow instructions and at the same time build up his social skills. And I believe that he will be fine under his teachers’ care. So I signed and paid for the fieldtrip. 🙂

Getting ready to go

The bus is here 🙂

The school bus was supposed to be back by 1pm but had only reached the school at 1.20pm. This 20 minutes wait somehow felt like 20 hours to me.  Haha… I began to get really anxious while waiting. So worried. Furthermore I was there 20 minutes earlier which added the wait to be 40 minute. Being a worrier, I can’t help to panick especially it was his first field trip. Papa Yap thought I was silly and laughed at me on the phone. Haha… I guess all mommies are the same while daddies are always the calm ones.

Anyway I was very glad that he came home sharing with me his fieldtrip experiences. He told me about taking the skytrain, visiting the three terminals, watching the aeroplanes at the viewing gallery, having his mcdonald lunch on the floor (and the way he told me about it was like he was forced to be seated on the floor to eat his food… haha so funny). It was indeed one great experience for him. He did enjoy himself and had a fantastic time with his friends. A happy Tuesday for a happy boy! 🙂

I reached school early and saw Darian and his friends having their outdoor lesson. Awww… So cuteee! I tried to hide from him but was spotted on. Looking at all the kiddos, I think Darling Darian is quite short eh. Heehee 😉

Darian has to put on the school T-shirt and shorts on every Tuesday and Thursday for outdoor lesson. He definitely looks cute in that attire. 🙂

I bet he loves going to school on every Tuesday and Thursday!

Yes like finally Darian started school today! He is attending a three hour nursery programme at a PCF Kindergarten around our neighbourhood. Just a few days before, I was really worried for him. Worried if he would cry, if he would get bullied, if he would enjoy school… blah blah… the list goes on. Fortunately on the first day of school, we (Papa Yap took two days of leave to send his precious son to school) were totally glad that he did not cry at all and adapted pretty well. Our brave boy! 🙂 I was actually anticipating some tears. Thank god he did not. I was so relieved knowing that I will cry if he starts crying. Heehee 😉 I was trying hard to peep through in between the blinds looking for him. I felt as though I was having the separation anxiety rather than him. Papa Yap thought I was silly. Haha 😉

After school, he was beaming with joy and relating to us about the things he did in school when we fetched him. At night while taking his shower, he randomly said, “I like my school. I like friends. I share toys with friends.” This definitely made me even happier and much more relieved. At least I know that he is truly happy.

So today marks another milestone for Darian. How exciting! Both Papa Yap and I are very proud of him. Love you Darling Darian! ❤

For me, first I would expect to see ALL related teachers to be around during orientation. Parents and the kids need to know who their teachers are so as they will know who to approach during their first few days of school. We were fortunate enough that Darian’s teacher is around. At least Darian got to see who his teacher is. I overheard a mother asking for her son teacher and she really looked disappointed after finding out that she was not around.

Second, there is a NEED to bring us around the centre to let us as new parents to the school get familiarise with environment and classroom. It is very important to allow the kids to have a sense of awareness of how their classroom/school looks like. At least on the first day of school, it will kind of lessen their tension and anxiety in a totally new environment. Because of that overcrowded and messy sales of uniform counter, we got to view Darian’s classroom. Let me tell you why. Initially I approached a teacher and was told that the classrooms were not ready for viewing. I was super disappointed hearing that and proceeded to purchase the uniforms. Seeing that there is no way I could squeeze into that small area with Darian to try out the sizes and make payment, I decided to walk him around. Then I happened to see the nursery classroom opened and a teacher inside attending to one parent. I immediately brought Darian inside and showed him around. And that was when I found out that she was Darian’s teacher. So we were really lucky right?

Third, I think timetable and nametag are like essential. The timetable should be given during orientation so that parents will be able to know when are their kids having music and movement, mother tongue class, refreshment and so on…And since there are two different sets of school clothing, parents need to know when do the kids need to put on the uniform n PE attire too. Nametag is equally important as well. Just tell me how do you call the kids on their first day of school without a nametag. Do you think they will all be cooperative enough to even tell you their names? Even so do you think the teacher will be able to remember all the names?

Having said so, if I know that the school orientation is purely on listening to school philosophy and curriculum and to purchase the uniforms (the sales of uniform counter was totally overcrowded and messy). I WOULD NOT ask my mum to take a day leave to attend to my baby. Seriously! Not that I want to be a fussy parent, these really are the basic standard of a school orientation. Even my friends and cousins(who are not even parents) agreed with me. And YES there is a need to give valuable feedbacks to the school for them to improve. I am talking about feedbacks not complaints alright. Haha 😉

I don’t know if it is all along the school practice to have orientation in the beginning of December. During my years in the early childhood sector, normally it is held at the end of December whereby the classrooms  are already nicely decorated and set up to showcase to parents and children. All necessary information regarding the kids will be given to parents during orientation so that parents will have a clearer picture of the school and what to be expected. This is what I called professionalism.

Anyway I just hope that Darian will enjoy school next year and there will not be anymore unhappiness regarding school matters if not then we will probably look into changing school. *cross fingers* 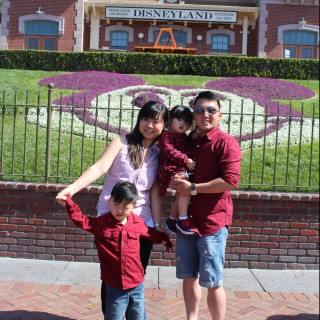